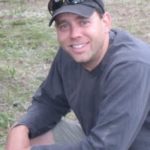 Steve moved to Colorado in 2002 sight-unseen after accepting a sales position with the plastics company he was working for in Pennsylvania. The draw was the mountains and, in some ways, the mellower pace vs. the East Coast. After spending time living in the Front Range and frequently making the trek to various mountain towns in summer and winter, it was time to make a move. Crested Butte offered what many did (skiing, biking, hiking) but ultimately, it was the community feel that made the choice obvious. In 2011 Steve and his girlfriend Lauren, who also had the same feelings about Crested Butte, made the move together. Steve’s initial involvement with CBMBA a year later was doing what many in the community do: building and maintaining trail. Eventually, his participation grew from attending meetings to being appointed President of the Board. Contact: steve@cbmba.org 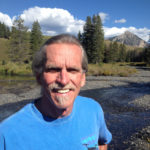 In 1975, Doug moved to Colorado Springs from California, and first witnessed idiots on bicycles going over Pearl Pass while on a motorcycle ride in 1982. A few years later, he decided to quit racing motorcycles to stay alive and took up mountain biking instead. He quickly realized mountain bikes of the time were more dangerous than motorcycles, so he decided to build one that works, and Manitou Mountain Bikes was born. In ’86 he started riding bikes in CB (Upper and Lower Loop, Snodgrass was it), then started doing trail work with CBMBA. He built the first suspension fork, which went on to win several World Championships and helped usher Doug into the Mountain Bike Hall of Fame in 1994. Since then, he has continued building bikes and trails, and enjoying the ever-evolving family that is CBMBA that keeps CB trails the best in the world! Contact: doug@cbmba.org

Lisa came to Crested Butte from Wisconsin in the winter of 1986 looking for an adventure. She went on her first mtb ride on the slick rock trails of Moab and was hooked, and loved the idea of a bike that could take her virtually anywhere she wanted to go. She started working at CB Sports, becoming exposed to the idea that bike shops were pushing the “drug” of mountain biking, so why shouldn’t they be encouraging folks to show up to trail work days? She soon got involved with Fat Tire Bike Week and CBMBA, and in 2001 got a 3-month gig with the IMBA Trail Care Crew traveling the PNW, Canada, and Alaska, and has since been involved with NICA through Pivot Cycles. In 2015, she and her husband Travis returned to CB and opened Chopwood Mercantile, and she rejoined the CBMBA board. Contact: lisa@cbmba.org

Marco, a.k.a. Peaches, is a southern-turned-Buttian who has been sharing his love of bikes with his community for over 20 years. He is a Cuban-American from Asheville, NC, who recently retired from Coca-Cola North America. An avid rider, he moved to CB in 2011 after coming here to ride every year since 1982. He started his bike advocacy career as an officer in the Southern Off-Road Bicycle Association in Georgia, and now shares his passion for bikes and community to help CBMBA fulfill its mission. Contact: marco@cbmba.org 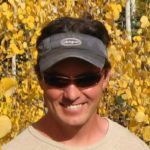 Matt grew up in New Jersey and moved to Crested Butte in 1998 after graduating from Georgetown University in Washington D.C.  Married with two children, Matt is a local business owner and strong advocate for responsible recreation. He went for his first mountain bike ride at the Hartman’s Rocks in 1993 and has been hooked on the sport since. Matt views mountain biking as an integral part of the soul of the Crested Butte community and believes in a collaborative approach with other forest users to improve and expand our amazing singletrack network and build on CBMBA’s legacy. Contact: matt@cbmba.org 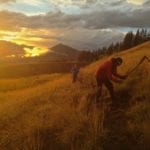 Rob is happiest when he is out on the trail or sleeping consecutive nights in a tent, with his wife Holly by his side. He started riding and building trails as a kid on the Jersey Shore, where he road BMX bikes and built his own trails and forts in the woods. Later, he was formally introduced to mountain biking organizations when he joined the board of the Routt County Riders in Steamboat Springs in the 90s. As a member of CBMBA since 1996, Rob is proud of CBMBA’s efforts to preserve and conserve natural areas, and he enjoys working with CBMBA to protect public lands and to enable more people to connect with nature. Contact: rob@cbmba.org 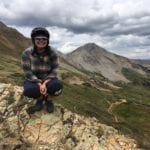 After growing up on the east coast, Mel became an official Colorado transplant after falling in love with the mountains throughout her studies at Colorado College, where she majored in environmental science. After moving to the Gunnison Valley, Mel spent a few years working in the environmental non-profit arena and now works in planning at the Town of Crested Butte, focusing on open space and trails. Mel didn’t start mountain biking until she moved to Crested Butte, but now she’s hooked and knows that she’ll be forever spoiled by this valley’s unrivaled trails. She especially enjoys working with CBMBA to collaboratively maintain, improve and expand our local trails and backcountry, while simultaneously having fun at trail work days with the community. Contact: mel@cbmba.org

In the early 1980s, Jason did his first stint in Crested Butte, attending three years of middle school at what is now Town Hall. But the dominoes of life pulled him away, and it took 33 years to get back home. Now a full time Crested Butte South resident (along with his wife Lisa and kids Cora and Tommy), the longtime outdoor sports journalist spends his days writing about all things bikes and skis for a variety of publications. He also does gear testing, making his proximity to Crested Butte’s amazing MTB trail network all the more important. It’s that singletrack — and the desire to preserve and expand what we have — that motivated Jason to get involved with the Crested Butte Mountain Bike Association, first as a volunteer and now as a board member. Contact: jason@cbmba.org 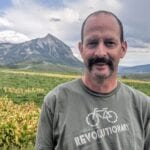 Like some others on the Board, Kurt is a recovering East Coast-er… born in Pennsylvania, he lived a good portion of his adult life in either the Pittsburgh, D.C., Boston or Philly metro areas. One fateful trip to Montana for a week-long bike ride and visit to Glacier National Park opened his eyes — and those of his wife Peggy and daughter Chloe — to the beauty that is the Rocky Mountain region.  In 2008, he and his family moved to Boulder, CO, and shortly thereafter happened upon Crested Butte. The hook was set. They became full-time residents of CB ten years later, and are slowly yet gleefully learning their way around the wonderful trails surrounding this awesome little mountain town at the end of the road.  Contact: kurt@cbmba.org

Paul came to Colorado when he accepted a swimming scholarship in 1968 and never left. After exploring much of the southwest in his VW bus, he found his way to Crested Butte in the 1980s and became hooked on the incredible beauty of our valley and mountains. Purchasing a house in 2000, Paul and his girlfriend, Karen, and their cat, Rockett, moved here full-time in 2018. Paul has been riding and racing bikes for pretty much his whole life, including a World Championship in 2016. He is an architect, cartoonist, cyclist, environmentalist, and activist who spends as much time as possible on our fabulous singletrack. Paul is committed to preserving and expanding what we have through CBMBA! Contact: paul@cbmba.org

Originally from Minnesota, John began spending a significant amount of time in Crested Butte in the 90’s, riding its early trails on a Specialized Stumpjumper. As he gradually moved to front suspension (thanks to fellow board member Doug Bradbury), then full suspension, he put down roots in our community, finally moving to Crested Butte South full-time in 2017. His wife, Catherine, rides regularly with a group of women, often hitting the trails up Cement Creek. John’s love for riding and his admiration for the trail work done by CBMBA and the CBCC are what motivated him to join the board. Contact: john@cbmba.org 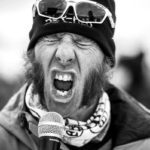 Dave Ochs was a CBMBA board member for 13 years before being hired as the first ever CBMBA E.D in 2016. Dave moved to Crested Butte in 2001 and immediately developed “a problem” with the bicycle, specifically mountain biking in Crested Butte. Immediately enthralled by the bike culture, Dave took to events and advocacy as a means to give back. He has a beautiful wife (Missy) and two darling children (Ozzy and Cadence). Contact: dave@cbmba.org 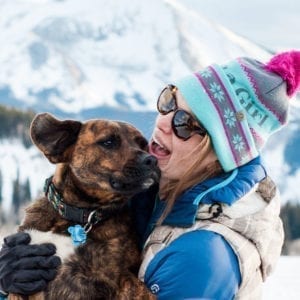 Lauren started following her brother around on a hand-me-down bike in Evergreen, CO and she has called a variety of Colorado towns “home” before fulfilling her dream of moving to Crested Butte in 2014. Before CBMBA, Lauren was a teacher for almost a decade, mountain bike guide, and worked on a trail crew. She is currently very involved in local government, loves being a part of the CB community, and spends her free time exploring the mountains with her husband, Kyle, and their dog. Contact: development@cbmba.org 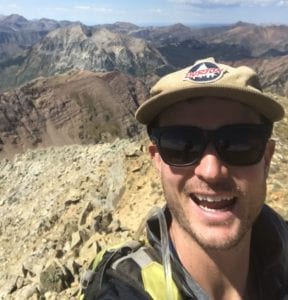 Nick has called Crested Butte home since he was one year old. Nick’s enjoyment of all things outdoors has kept him here for most of his life, only leaving CB to attend college and promptly returning upon graduation with a stronger connection to Crested Butte and its surrounding valleys. His desire to give back to the area he loves, along with a passion for mountain biking, led him to join the CBCC in its inaugural year in 2017. After three summers of trail work, Nick is stoked to be working for CBMBA year-round, and to continue to call CB home. Contact: operations@cbmba.org