CBCC’S Own Sullivan Gets Celebrated by Town 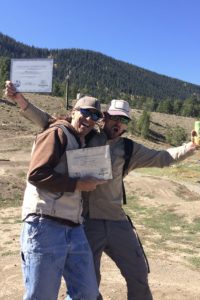 It’s not every day you get a lunch thrown in your honor! But that’s exactly what Ryan Sullivan, Crested Butte Conservation Corps crew member, got to experience on September 25. Janna Hansen and the Town of Parks and Recreation put together a mid-day break for their crews and the CBCC, and we all gathered at the CB Bike Park to celebrate the work that Ryan Sullivan and Pete Curvin did to make this park a reality. The park has had many supporters, such as the Town, of course, but also CB Devo and CBMBA, but the dedication of these two men really made it happen. CBMBA and the CBCC were psyched to be able to eat pizza, socialize, and celebrate Pete and Ryan! 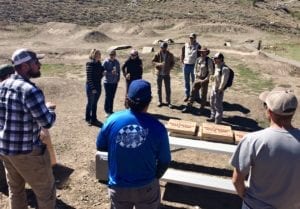 Ryan has a long experience as a trail builder, building trails professionally for over 6 years now. He started out as a government contractor working on the Continental Divide Trail near Cottonwood Pass, but then he transitioned to a bike specific trail company and traveled all around the West building bike trails and parks. Since then, Ryan and a couple friends have started a trail building company that has now become Flow Farm Pacific out of Maui. He has long dreamed of building a bike park like this in CB, and so when the opportunity arose to collaborate with the town of CB, he jumped at the chance. Ryan tells us he’s psyched that “after 3 years of planning and construction there are finally some dirt piles to play on.” 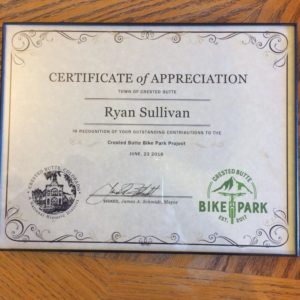 We’re excited that Ryan shares his experience and expertise with the CBCC and CBMBA. Who knew that a simple ad in the paper could bring in such expert help? But that’s how Ryan found out about the gig, and he says, “it was perfect for my schedule and allowed me to continue pursuing freelance video work. It gets me out on the trails and away from the computer!” While the work with the CBCC is different from his previous work because it’s more focused on maintenance than building new trail, he really loves getting the chance to help with the local trails. He dreams of staying in Crested Butte to “help build trails and make sure CB keeps up with the future of mountain biking.” It’s only fitting that when asked what his favorite trail is, he replied, “The one we haven’t built yet!” Spoken like a true Trail Builder! But he also added, “And of course, Doc Park.” Of course. Who doesn’t love Doctor Park?

Thanks to Janna Hansen and Parks and Recreation for the fun lunch shindig. We’re psyched to have Ryan as part of our team and happy see he’s getting the recognition he deserves! 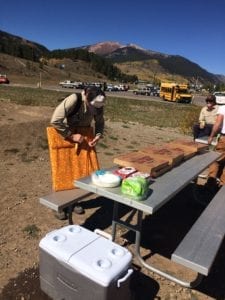 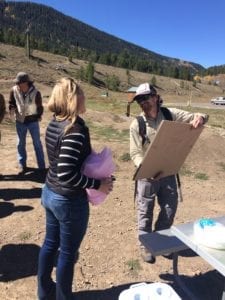 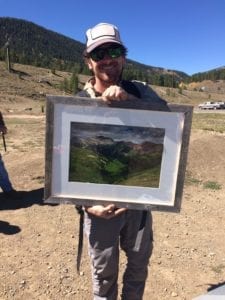