Out With the Old, In With the New

The greater Lower Loop trail system has grown a lot since it was established in 1996. Today, users have plenty of options to hike, bike, and ride horses close to the Slate River while soaking up dramatic views of Paradise Divide. GB Loop, KB Connector, and the Budd Trail are all additions over the last 25 years, with GB Loop getting a re-route and facelift in 2019/2020.

Gunsight Bridge…George Burns…Green Bud…who knows? GB begins on CB Land Trust land, but the rest is all located on BLM land and began as a user-created social trail that was never actually recognized as a formal, legitimate system route. If you’ve been out there, you’ve probably ridden or walked on the spiderweb of user-created social trails around the decommissioned mill site. In 2019, the BLM scoped the area and decided it was time to make it a “system route” (legalize it!). CBMBA partnered with the Dept. of Natural Resources, Division of Reclamation Mining and Safety (DNR/DRMS) and the BLM to identify which routes were acceptable, sustainable, and suitable for a public trail close to town. DNR/DRMS took on the reclamation process, and CBMBA/BLM scoped out a new plan for the surrounding trails with the goal of avoiding traversing the sensitive, reclaimed areas. The new trail alignment combines portions of the old trail with newly-built, sustainable, flowing, and purposeful trail that connects both ends of the Lower Loop. The new and improved GB Loop is 1.25 miles of singletrack that maintains access to the popular viewpoints overlooking Oh Be Joyful, and allows users to maximize Lower Loop. 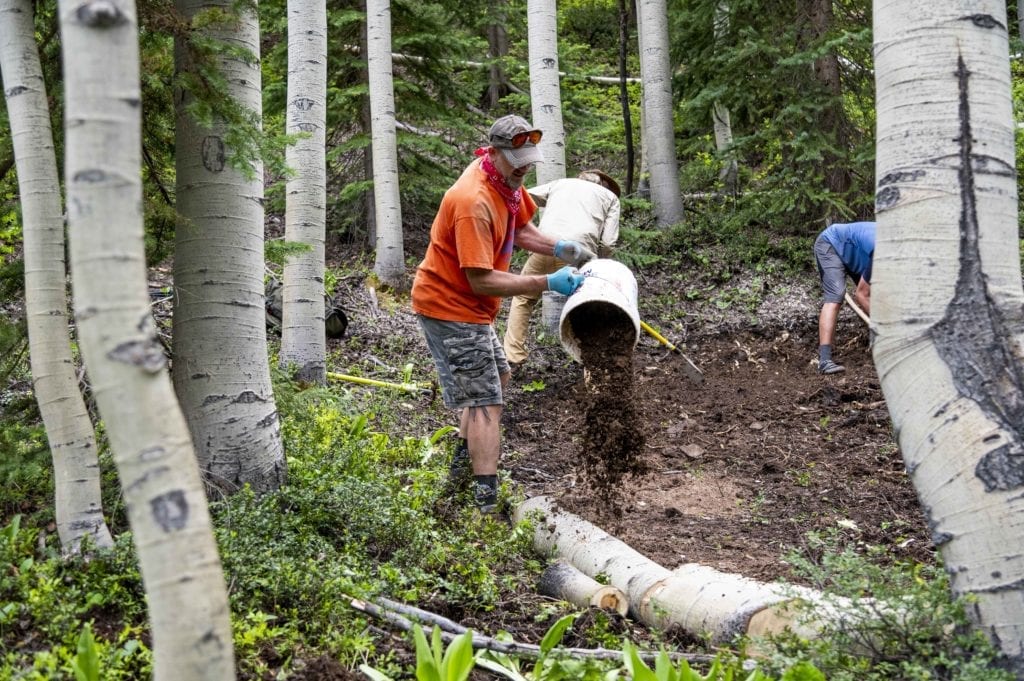 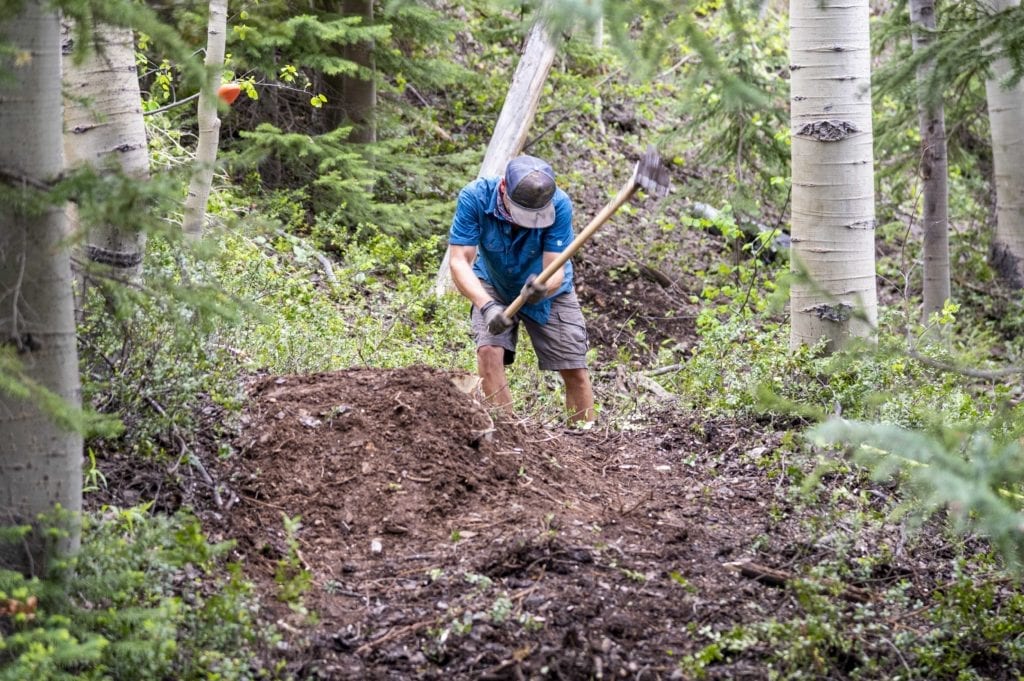 This trail starts from Peanut Lake Road by the Alien Shack, and provides an additional singletrack option to help spread out user traffic on Lower Loop. The Budd Trail extends through land owned by Russell and Dorothy Budd, the Town of Crested Butte, and the CB Land Trust (most of Lower Loop is on CB Land Trust land). In 2010, CBMBA got together with these owners and everyone scoped out where the new trail should be placed. This involves extensive consideration of various route options for long-term trail sustainability, and eventual flagging of the chosen path! The goal was to keep the trail hidden in the trees and out of viewsheds as much as possible, which involved keeping the trail higher up on the hillside. The phrase “stay high” was frequently mentioned during trail planning. Eventually, the benevolent Dorothy Budd printed the infamous “Stay High on the Budd Trail” t-shirts. On National Trails Day 2010, CBMBA organized 183 volunteers to put in 1.3 miles of new track and bring the Budd Trail to life. The trail building was followed by a righteous party at the Nordic Yurt where a string band performed, and one or two beers were consumed.

The enthusiasm from the Budd Trail continued, and in fall 2010, CBMBA installed the KB Connector. The KB Connector is on Land Trust land, and this trail was created to offer more singletrack options, and an alternative to riding and hiking the road at the start of Lower Loop. 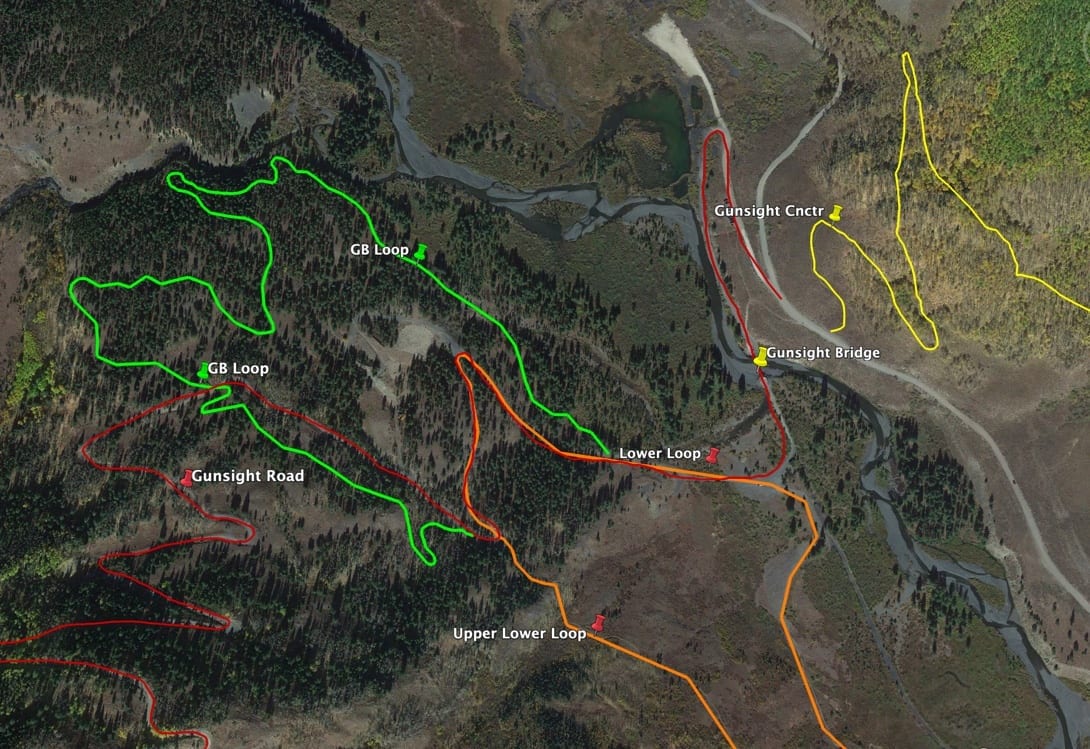 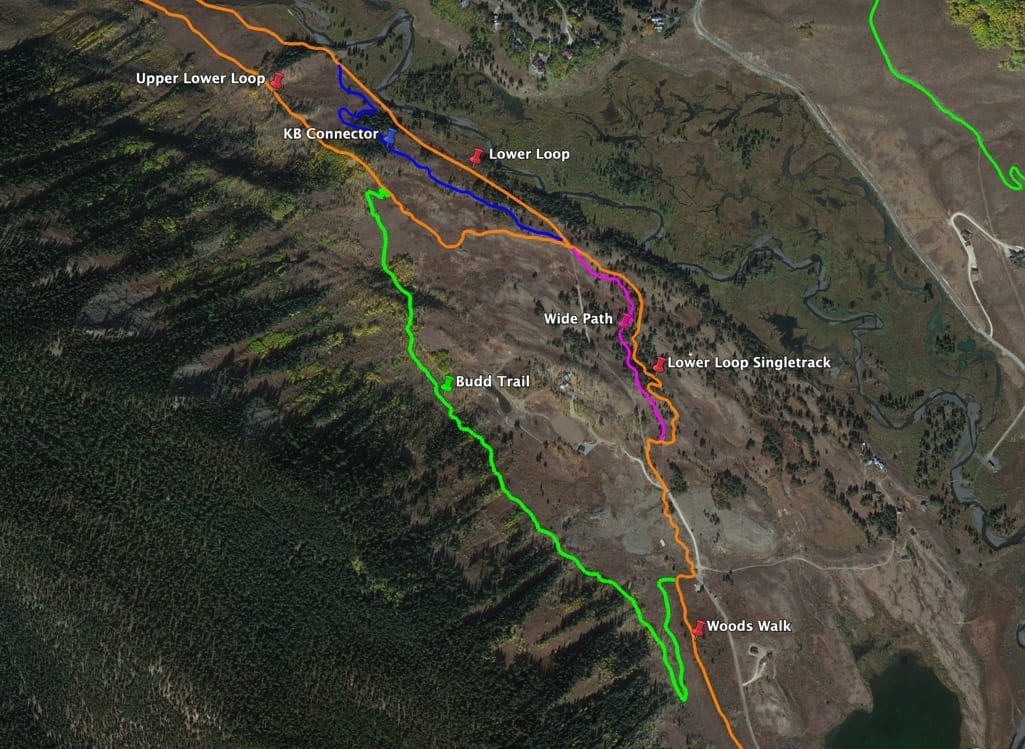