“Are we really going to climb all the way up this hillside just to drop back down to the creek?”

“I don’t know about this one!”

From the beginning, it was no secret that the Baxter Gulch Trail would be a daunting effort to build. Really, it’s a pretty crazy place to put a trail! But, with a lot of drive from some dedicated individuals who were hellbent on seeing it happen, the Baxter Gulch Trail is now a bike-friendly climb to the base of Whetstone Mountain, a loop option with the Green Lake Trail right from town, and a ripping descent as an out-and-back.

Hopefully, you’ve ridden Baxter Gulch many times by now, but did you know this trail took over two decades to come to fruition?

In the early 2000s, this area was in serious danger of being closed to bikes. The Red Lady mine was contemplating putting waste ponds in the Ohio Creek area, and some locals wanted to designate the area as Wilderness to help defeat the mining proposal. While the Wilderness designation would preserve the area, it would also close it permanently to bikes, as no mechanized travel is allowed in Wilderness areas. John Chandler, then CBMBA Board President, along with Dave Ochs and Doug Bradbury, fought hard to keep bike access. 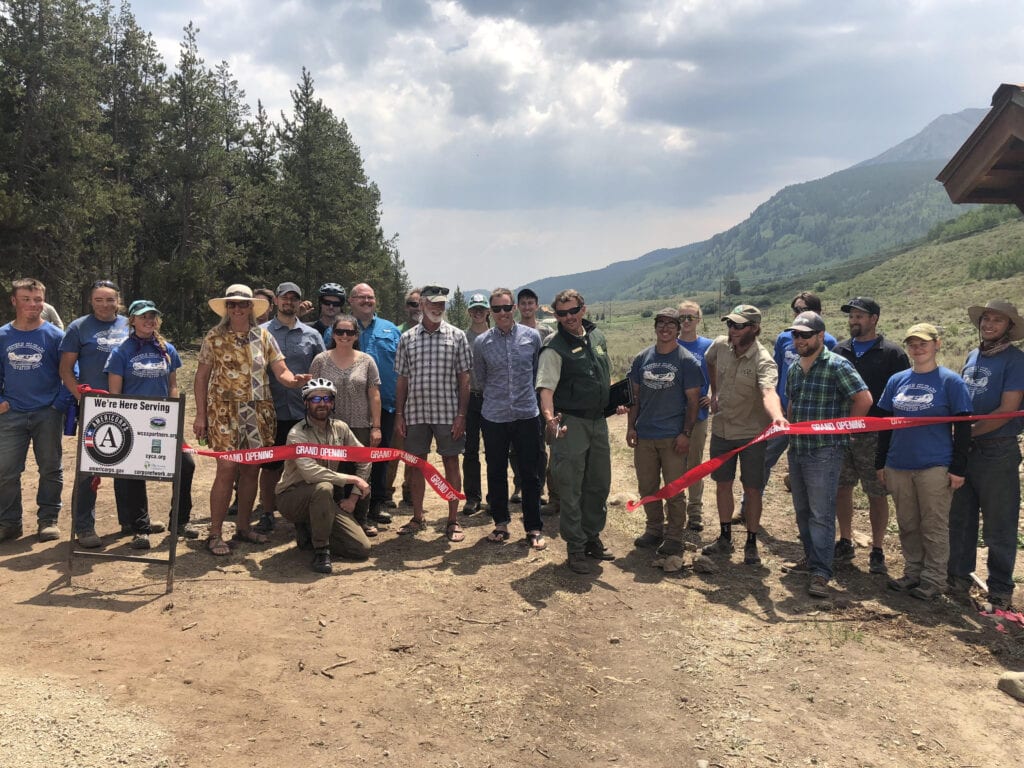 Four different easements were secured for this trail to allow public access to remain. 1% for Open Space purchased an easement to establish a contour trail on the first downhill to the creek, replacing the original plan of going straight up the gully with a dozen Deadman’s-style switchbacks. The CB Land Trust, Town of CB, Gunnison County, US Forest Service, and private landowners all worked together to secure access for this trail.

Once all of the permissions were in place and easements secured, the building commenced! The Town of CB received a GOCO grant to hire the Western Colorado Youth Corps to work on the trail for a month each summer for eight years, and CBMBA volunteers helped out, too. 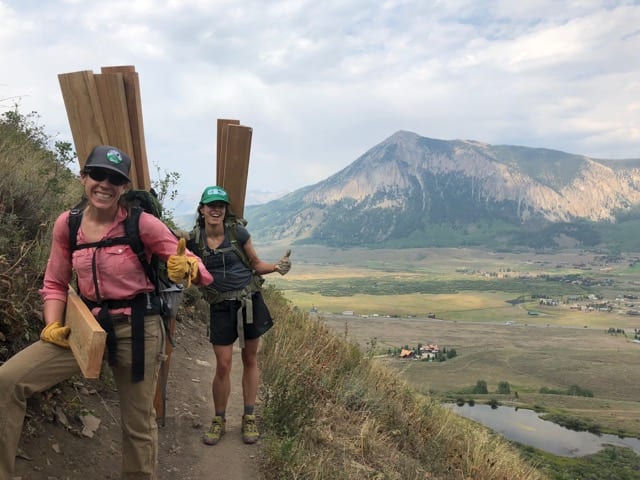 With permission from landowners, the 2017 Annual CBMBA Overnight Work Weekend was held way up the trail, and before even picking up a tool, volunteers rode their bikes in their work boots several miles uphill just to the start of the trail work. It was a solid effort! A ton was accomplished that weekend, with the last two miles of CBMBA-built trail running through the gnarly talus field at the base of Whetstone Peak. The CB Conservation Corps finalized the connection to Carbon Creek later that year.

Baxter provides an incredible opportunity to access Whetstone Mountain and to ride directly from town to a place that feels unbelievably remote. In the words of former CBMBA President Matt Whiting, Baxter is “a great example of community collaboration, ambitious vision, and more than anything, persistence.” And that is as good a reason as any to be proud of our trails community.

For more details, check out

Baxter Gulch Trail: 25 Years In the Making from CB News 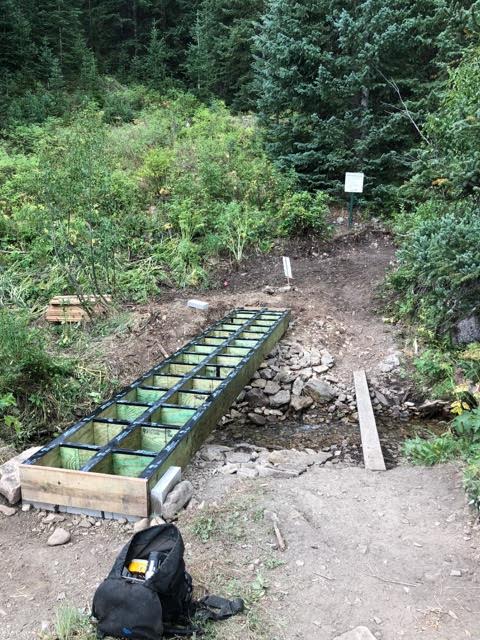 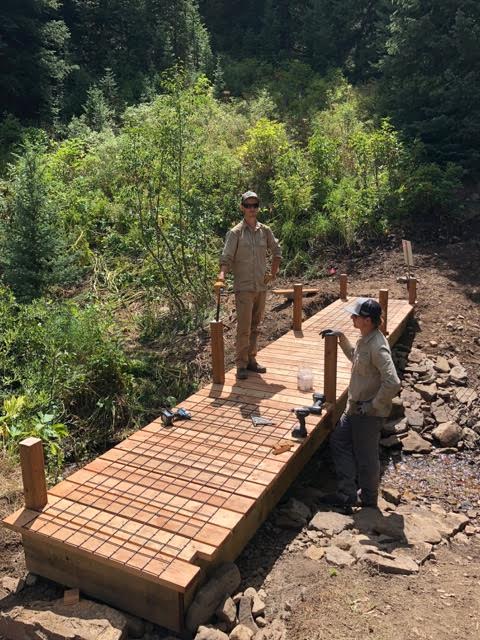